Rifle Shooting: Should You Learn Iron Sights or Optics First?

‘See All’ Fiber-Optic Gun Sight: A Cool, Inexpensive Option. Does It Have Staying Power?

Bet You Didn’t Know This About Sniper Rifles

The fight between Somali pirates and a Private security guard on board a cargo ship. When pirates were trying to board the ship, the security guards fired dozens of rounds at the pirate vessel which eventually retreated. This Incident took place in the Indian ocean in 2012. It has come to prominence again following an attack on an oil tanker.

One YT commeter said: “I always imagined pirates the kings of the sea. Feared and fearless. Not a canoe with 8 shoeless men on”

Below the video are a few other means of deterring Pirates.

Long range acoustic device is a non-lethal anti-piracy device which uses pain inducing sound beam to drive away the pirates. The sonic weapon produces high-pitched noise that is higher than the tolerance level of an average human being. LRAD has been used on a few cargo and cruise ships until now. 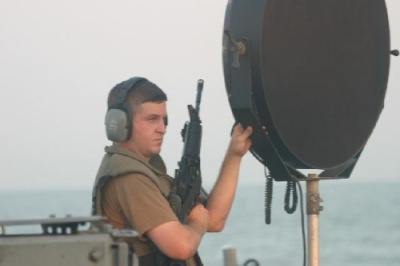 The anti-piracy laser device uses a non-lethal laser beam to provide a visual warning to pirates and distract them temporarily. The laser device can be used during both day and night and can be easily operated by the ship’s crew. 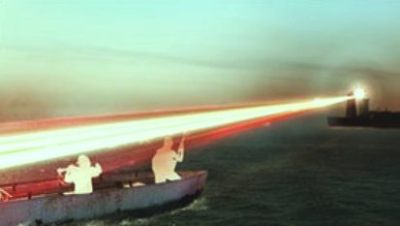 Water cannon is another non-lethal weapon which is extensively used on merchant’s vessels. As an anti-piracy method, the device delivers a powerful and impenetrable stream of water that blows away pirates trying to board the ship. The cannon can also quickly fill the pirates’ boats to slow them down and hinder their manoeuvrability. 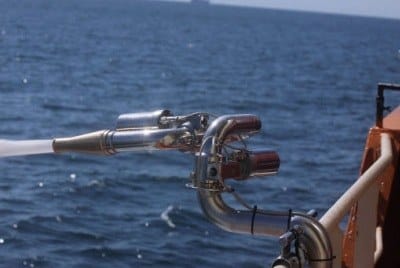 Most of the water cannon anti-piracy systems can be remotely controlled from a safe position on ships.

Electric fence non-lethal system consists of an electric fence which surrounds the ship and prevents pirates from climbing. The system is a collapsible fence which can be folded and kept safe when not in use.

Secure Ship is another type of electric fence system which can be effectively used to prevent pirates from climbing ships.

Boat trap is a type of ballistic net which can be used to stop pirates’ boats when they come near to a merchant ship. When in water, the net ensnares the propellers of the boats which disable the vessel, preventing it from moving forward. 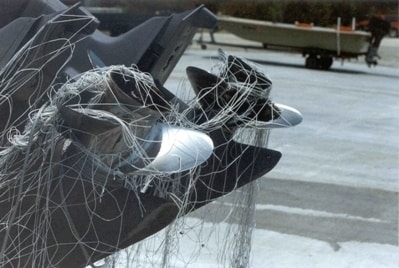 Slippery foam or Anti-traction material is a non-lethal substance which can be used to make the deck or sides of a ship slippery to avoid pirates from climbing it. The highly viscous substance substantially reduces traction of anything that comes in contact with it, making it difficult to walk or stand.

An anti-piracy technology by the International Maritime Security Network of US involves showering approaching pirates with slick, foul-smelling green liquid, which stinks and burns. The burning sensation and the nasty stink forces pirates to jump into the water, thus stopping a possible pirate attack.

Anti-boarding device is an anti-piracy method which uses canisters with sharp razor wires to prevent pirates from boarding the ship. The wires act as a barrier between the pirates and the ship, which thwarts forward movement of pirates. 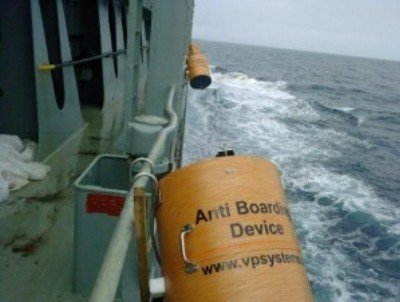 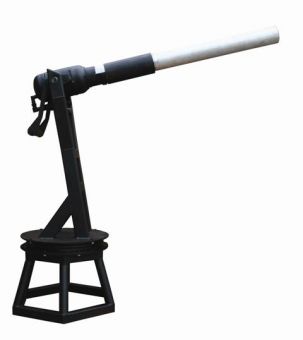 P-trap concept is a non-lethal system which helps prevent pirates from boarding ships. The system carries thin lines which float at the water level around the sides of the vessel. When pirate skiffs/boats come in contact with the lines, the later gets entangled with the engine and disable the vessel. 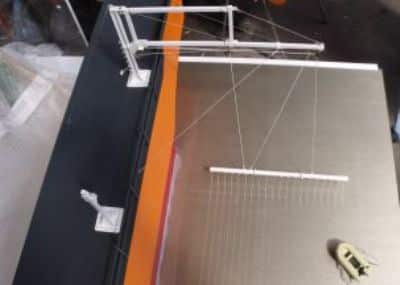 Previous ALERT: 3 Methods On How To Survive A Martial Law Scenario

This is the most recent story.

How to Carry Concealed and Not Look Like a Total Dork

ONE GIRL SHOOTING the GLOCK 19 for the FIRST TIME! GIRLS AND GUNS:)

[VIDEO] What Is The Effective Killing Range of A 9mm Projectile?

Set up Your Scope for Success – Long-Range Rifle Shooting Technique

How Effective Is A 9mm Shooting Out A Tire?